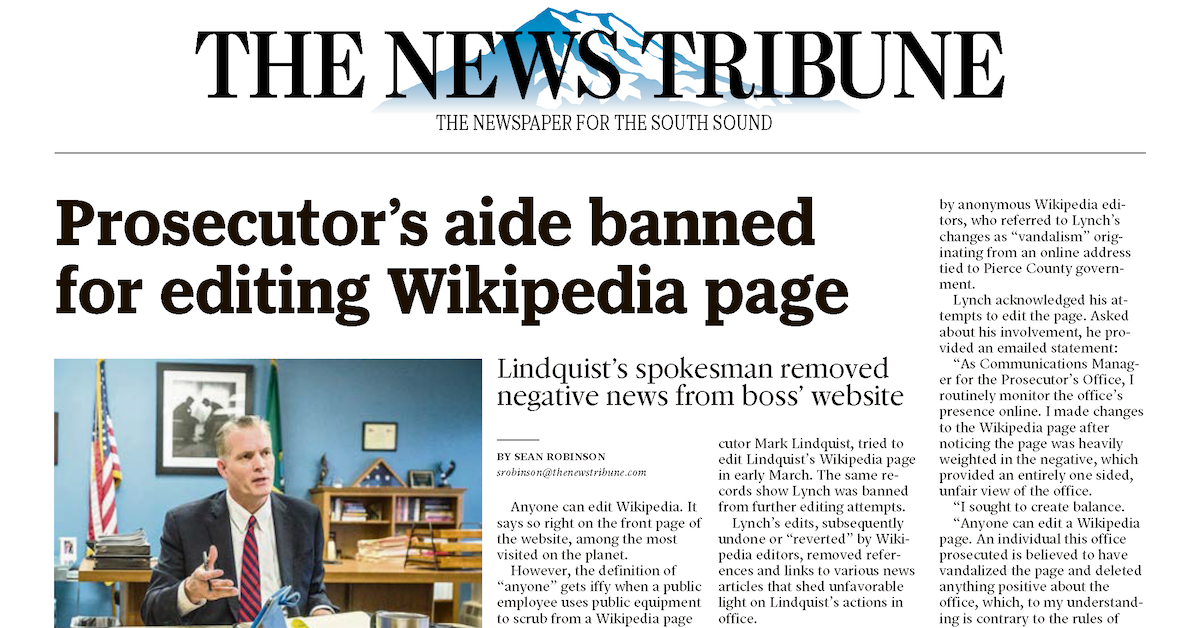 Politics should have no place in a prosecutor’s office. It is illegal to use taxpayer-funded government resources for a political campaign. It also violates the Pierce County code of ethics.

That Mark Lindquist spends taxpayer money to employ James Lynch, a “Public Relations” employee whose job is to improve the boss’ image, is questionable enough. Now we know that James Lynch, in his government office and using a staff computer on taxpayer-paid time, edited Lindquist’s Wikipedia page to delete true facts that embarrass Mark Lindquist and harm his re-election prospects.

This is wrong. It’s a misuse of taxpayers’ money and unfortunately it is not at all surprising. Taxpayers were previously stuck with over $1,000,000 debt when Lindquist violated the public records act by hiding childish and petty text messages that embarrass him.

This is what we’ve come to expect from Lindquist’s partisan, image-driven approach where politics comes first. The taxpayers of Pierce County simply deserve better. Taxpayers deserve a lawyer who is actually looking out for them rather than wasting taxpayers’ money to look out for himself.

Read the full story on The News Tribune: http://www.thenewstribune.com/news/local/crime/article209480014.html