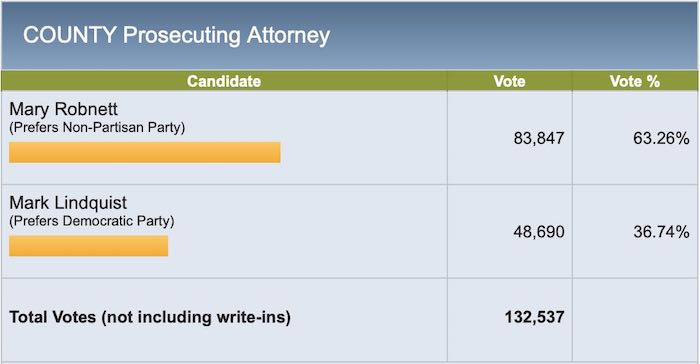 I will confess: I was a little nervous last night.

Heading into the evening I was hopeful about the outcome, but I could not have anticipated positive returns like these. After a long campaign season, these results are immensely gratifying for me and Bill. To have so many friends and supporters there with us last night—people who believed in this campaign from the very start—made for a special evening, one we will never forget.

More importantly, Pierce County voters sent an unambiguous message last night: They want to turn the page on this era of the Prosecutor’s Office and start fresh. I made a pledge to them that I will be tough, honest, ethical, and fair as their next Prosecutor. That will be my theme as I take on this new role as your elected Prosecutor.

I am astounded at what we accomplished together in the last nine months. In February I was a first-time candidate with no name I.D. and no campaign funds. So many of you stepped up to help in innumerable ways. Together we built momentum, added new supporters, and reached out to every community in Pierce County. We put out a message that crime isn’t partisan, and justice shouldn’t be political – and the response was overwhelmingly positive. 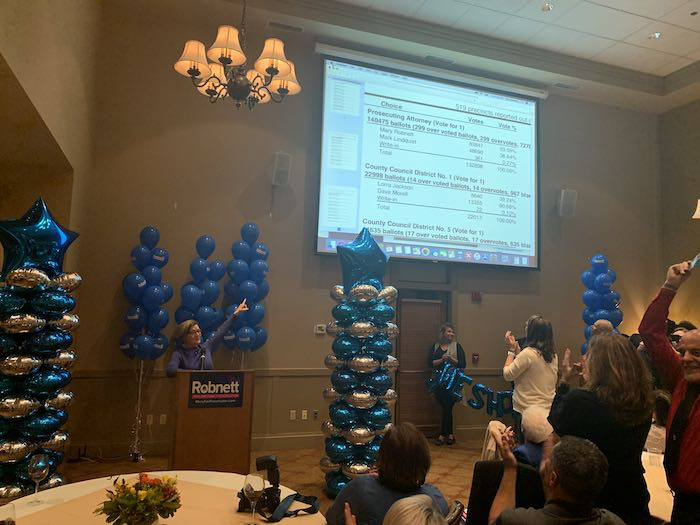 To everyone who contributed their time, talents, and treasure as a part of Team Robnett, thank you. I am astounded at how many people wanted to help, for no better reason than they thought it was the right thing to do. I have so many reasons to be grateful to so many of you, and that has been the best result of all in this campaign.

In January I will take over as your new Pierce County Prosecutor. On Election Night we ask of winning candidates, “You won – now what?” I know what the “now what” is: A lot of hard work. And I could not be more thrilled, determined, and humbled by the challenge.

Thank you from the bottom of my heart,